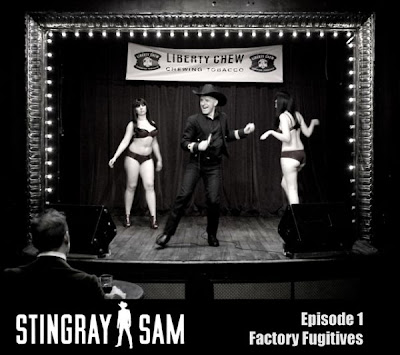 Stingray Sam is a name every film lover should know by heart. If the director of this surreal, smart and wonderful movie was named Robert Rodriguez, Stingray Sam would be already a cult movie. Don't worry, cult followers like myself are already working on it. The director's name -and main actor- is Cory McAbee. He might have a budget 100 times smaller than the one of the famous ex-indie director and none of his popularity but even if McAbee could eventually envy his pal budget, he has no need to envy his talent: he's got tons of it. And sooner or later the film world will know it. 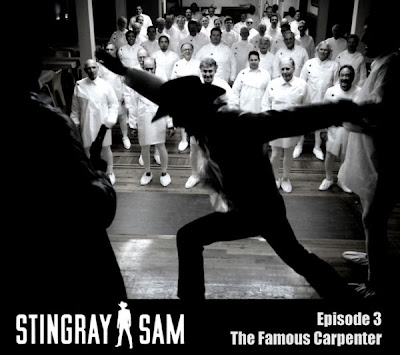 Talent means to be able to transform any plot, even the most impossible one, into a very good movie. Get this: (as it says in its website) "A dangerous mission reunites STINGRAY SAM with his long lost accomplice, The Quasar Kid. Follow these two space-convicts as they earn their freedom in exchange for the rescue of a young girl who is being held captive by the genetically designed figurehead of a very wealthy planet". 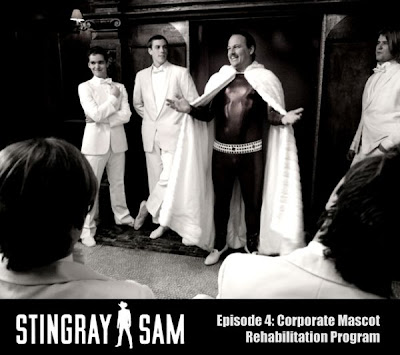 You could expect everything from a synopsis like that one. Choosing that plot for a Saturday night movie it's a risky bet for a moviegoer. I wouldn't have seen it last weekend at the Rooftop Film Festival in Brooklyn if it weren't because my friend Scott Miller was the DP and I know he always chooses interesting projects. I trusted him but I never thought I would be falling in love with a space-cowboy, laughing out loud for over an hour, and even singing along - yes, and I hate musicals!-. I was amazed and entertained by a film that is uplifting, ironic, sweet, clever and fun in a way movies are not any more. This space-cowboy-musical-action film is a little treasure filmed in black and white (good job, Scott! I heard your work will be featured in the next issue of American Cinematographer!)- and features a series of exquisite collages (by John Borruso) that serves to illustrate part of the plot: planets have turned into prisons, wealthy men get pregnant, greed bankrupts financial investors, Stingray Sam is a lounge singer living in Mars... 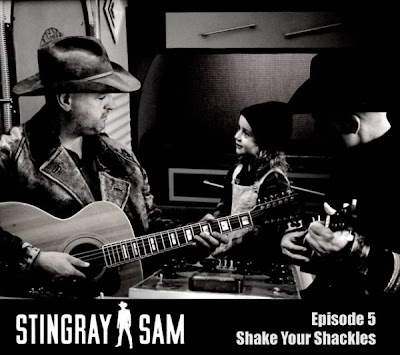 It's format it's interesting too: it's done in six chapters that are independent from each other, but whose connection follows the style of serials of the 50's. Small screenings like mobile phones will be perfect recipients for Stingray Sam.

It almost won the Audience Award in the last Imagine International Film Festival of Amsterdam -'Let the right one in' won over it by a few votes only- and it definitely won over the whole audience that was at the Rooftop Film screening with me. Stingray Sam made it to Sundance but people was too busy looking at the official competition movies to pay any attention to it. That kind of thing happens too often at any film festival, though... Any way, if distributors are smart, Stingray Sam will be traveling soon to a theater near you. Or even to your phone! You can catch it on June 8 in New York at the Brooklyn International Film Festival. Here a review. This is the trailer:

Posted by Barbara Celis at 2:44 AM