GETTING TO KNOW LOS ANGELES #3

This time in English.

This is the third chapter on a series about experiencing LA as a potential Angelina. 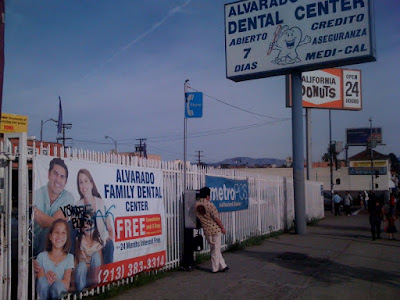 
I needed a prescription. So I went to one of the dozens of clinics that surround my LA apartment in what it's called 'Little Guatemala', this lively neighborhood of Latino workers with a million clinics around. The doctor's experience wasn't really different from others I previously had in New York: a very uninviting place, dust everywhere, and a stretcher that was so old they had secured it with gaffer's tape: 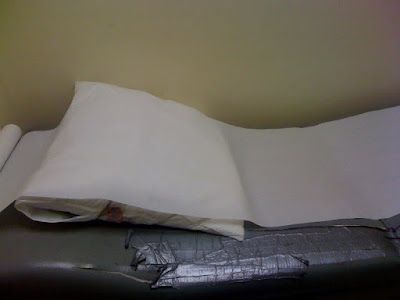 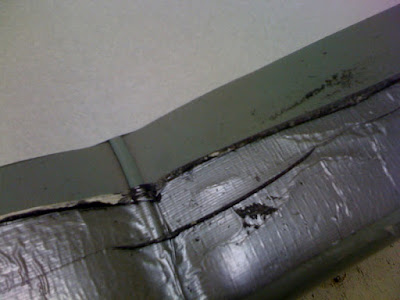 For the uninsured like myself those clinics request that you pay $20 dollars for a visit and $1o dollars for each prescription. If you need a blood test or something more sophisticated, the bill gets into the hundreds. Doctors don't even look at you when they ask questions. They literally couldn't care less about people's health. They just make sure you sign every possible paper so you won’t take them to court later. Hopefully, the health care reform will also change this way of treating people. If being uninsured won't be an option anymore there won't be any dark stigma for people that cannot afford a private insurer...
We are humans too!! 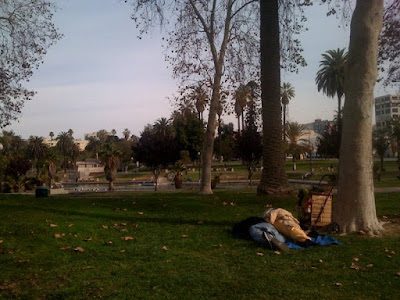 
I biked through MacArthur's park a few days ago. It looked very beautiful from the 10th floor of the American Cement Building, where I have been working on my documentary (yes, it will be finally ready quite soon!!). Unfortunately, some parks in LA are not intended to be enjoyed by citizens. I am still trying to understand the reason; all I can say, so far, is that I felt I was biking to hell. I was the only woman; at least three junkies where trying to avoid falling into the water; a wide variety of hustlers where loitering and looking at me without friendly faces and at least two drunk guys mumble who knows what to me. The landscape was either drunken people or homeless sleeping on the park. 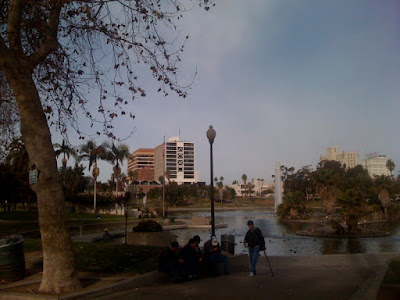 In an ideal world, all types of people enjoying the sun would have inhabited this beautiful green space. Someone has told me that those parks exist in LA too. I just wonder how is it possible that an area of town whose streets are alive, as opposite as many others ghostly neighborhoods, is exactly the one where a potentially public space it's a total nightmare. New York parks used to be like that years ago. Now it is a different story. I just hope LA won’t follow Giuliani's example to 'clean' up the city. The 9/11 mayor throws everybody either into jail or into buses with one-way tickets to out of town.

DRUGS
What can I say? As the great Jonathan Gold reminded me, many punk lyrics used to refer to Bonnie Brae, a notorious street in the neighborhood known for being the heroin supermarket of LA (at its corner with 6 st) It seems that crack is more on vogue now days but probably the killer # 1 in the neighborhood is alcohol. Soledad, a Guatemalan who works selling pupusas on Alvarado, told me the sad story that plagues the area: "Almost everybody drinks his salary on Fridays and ends up falling asleep at any given corner. Hard workers but totally depressed by their lives in LA". Is she too? "No hija, en mi país te cortan las orejas para robarte los pendientes. Eso sí que es deprimente. Aquí hay cosas feas pero se puede ser feliz".

Posted by Barbara Celis at 1:19 AM